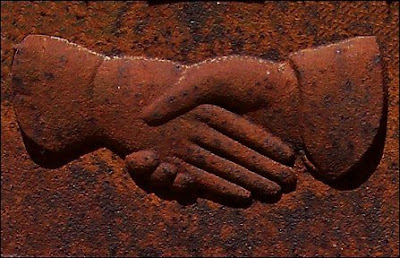 Itawamba County is known far and wide for its unique pottery cemetery monuments made in the various local pottery operations of the 19th and early 20th centuries. Another unique monument type found in Itawamba County cemeteries is the cast iron monument.

The cast iron monuments found in Itawamba County cemeteries were patented during 1887 by James K.P. Shelton, a native of northeast Mississippi (born in nearby Pontotoc County) who lived in Sumter County, Alabama at the time the patent was awarded. 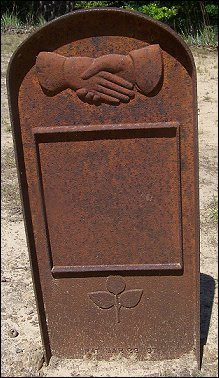 The Shelton patent reads in part: “Be it known that I, James K.P. Shelton, a citizen of the United States, residing in Gaston, in the county of Sumter and State of Alabama, have invented certain new and useful improvements in Monuments or Sign Holders or Posts…It is frequently customary to place a photograph of a deceased person upon a tombstone or within a cavity formed for that purpose therein, and a construction of my invention...is particularly adapted for this purpose…The inscription usual in such cases, together with the photograph, or other memento may be attached to a plate of any desired material and placed within the receiver…if desired a glass plate may be secured in front of the plate…”

Unfortunately this was not a good idea. In Itawamba County, no cast iron monument has been found yet to contain the glass and mementos intact and the result is scores of cast iron monuments marking grave sites, with no personal information about who is buried beneath the monuments.